Now that the NFL Season is successfully underway, it’s time to talk about the best touchdown celebrations 2020. Whether it’s a spike, a shimmy, a dance or a pre-planned group act, touchdown celebrations are one of the highlights of the game. The sheer jubilation of a triumphant athlete is infectious. We fans can’t get enough of the rare opportunity for hard-driving athletes to express themselves and have some fun.

But the NFL has had a love/hate relationship with the fan-favorite tradition of end-zone celebrations, even banning them at one point. In 1984, the Redskins’ (now The Washington Football Team) Fun Bunch was seemingly having too much fun with their touchdown celebrations. That’s when the league first specifically banned “excessive” celebrating or “premeditated” celebration by groups or individuals.

In 2017, NFL commissioner Roger Goodell announced the league was relaxing its rules on touchdown celebrations, in order to allow players to have more fun, and to help the league lose its growing reputation as the Fun Police.

Now that it’s been a few years since the league loosened the reigns on player celebrations, players like the Steelers’ JuJu Smith-Schuster and the Vikings’ Adam Thielen have extended their star power based on their creative touchdown celebrations.

The Las Vegas Raiders have left Oakland behind and are now comfortably settled into their new stadium in Sin City. And while quarterback Derek Carr recently lamented he’s “sick of losing,” the team wins for this creative “Clean Hands” touchdown celebration.

The Packers are off to a winning start this season and quarterback Aaron Rodgers’ camera flex won the hearts of fans watching the game.

The Steelers’ JuJu Smith-Schuster has become an Internet sensation using TikTok dances to celebrate scoring for the team. This time instead of dancing Smith-Schuster took a moment to relax for the camera after scoring against the Giants.

The only silver lining of fans not being in the stands, is getting to hear Juju celebrate scoring again.

The Steelers’ Eric Bron Is All-In

After scoring in Week 3 against the Texans, Eric Bron made celebrating a group activity.

After scoring against the Titans, the Vikings’ Dalvin Cook was unstoppable, that is until it was time to dance.

The Rams dominated the Eagles in Week 2 and Tyler Higbee celebrated his part in Los Angeles’ victory.

After scoring a 71-yard touchdown, the Vikings’ Justin Jefferson started dancing even before he got to the end zone.

The Chargers’ Michael Davis Shows Off

Michael Davis picked off Buccaneers quarterback Tom Brady and went all the way to the end zone. He celebrated his Pick Six by striking a pose. Cue Madonna.

Odell Waves To The Camera

The Browns big win over Dallas wasn’t a surprise to Browns star Odell Beckham Jr. who smiled for the camera and sealed it with a kiss.

The Ravens Group Spike Is A Winner

Marg Ingram Jr. scored for the Ravens over the Washington Football Team, but the entire offensive line celebrated with a group spike touchdown celebration.

Since there’s still so much football left this season, count on more epic football and more silly celebrations that will surely vie for one of the best touchdown celebrations of the 2020 season. 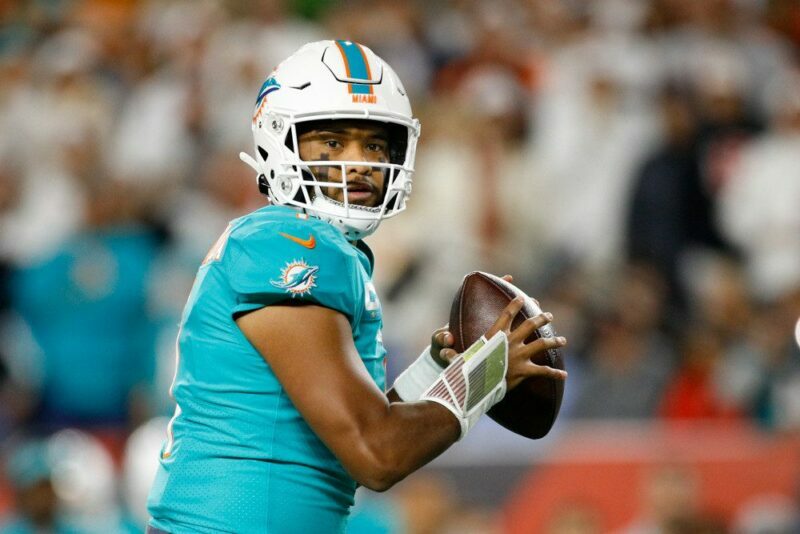 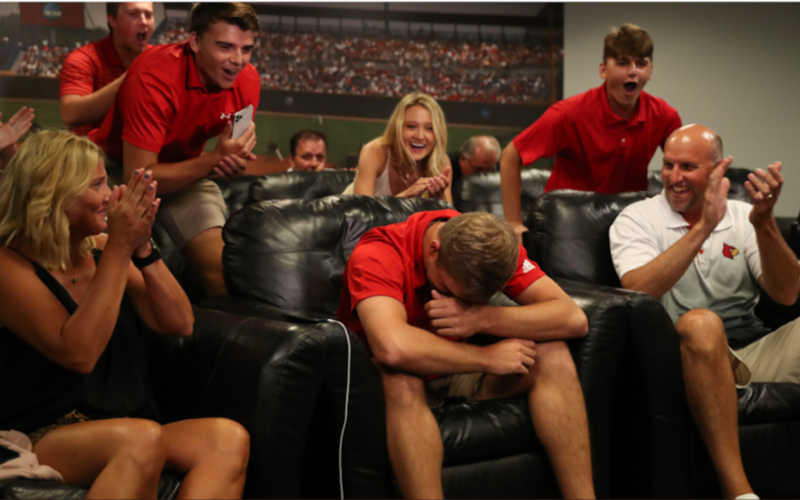