What To Watch This Weekend: It’s The Super Bowl, Baby!

The 49’ers battle it out against the Kansas City Chiefs tomorrow in Super Bowl L1V. But prior to the NFL’s answer to prom, there’s a whole host of other great games to watch. Tune in to:

Even if you’re watching the Clippers this year just to play “Will Kawhi Play Or Not?” the Clippers are exciting to watch this year.  Tbh Kawhi’s on the questionable list for Saturday’s game because of a nagging back injury, which probably means he won’t play.  But Paul George, Lou Williams and Co. are holding it down this season and are third in their division, while the Timberwolves are second to last.  But since Minnesota has won 8 out of their last 15 games against the Clippers, there’s always a chance. Just like there’s always a chance Kawhi will play.

WHERE TO WATCH: FSN or follow along on CBS Sports App.

If the Sixers win tonight against the Celtics, they’ll sweep the four-game season series rival Boston. The Celtics’ All-Star Point Guard Kemba Walker won’t be playing in Saturday’s game due to a knee injury, but Al Horford will. Horford joined the 76’ers this summer and will play against his old team for the first time since leaving.  Tears? Drama? We’re watching.

San Francisco has had such a strong defense this year the NY Times calls them “Sack Francisco.”  The Chiefs are known as the fastest team in the NFL, maybe in NFL history.  Chief’s QB Pat Mahomes was last year’s league MVP and 24 years old, is second only to Steeler’s Ben Roethlisberger as the youngest quarterback to play in the Super Bowl.

Live from Miami, expect a battle between these two dominant teams.  Oddsmakers ever so slightly favor the Chiefs. But since Jimmy Garoppolo has led the 49’ers to win 15 games this year, it’s anybody’s guess who will win.

And if your boyfriend or husband are just watching for the commercials and the half time show, Shakira and JLo headline the Pepsi halftime show. Should be fun.

WHERE TO WATCH: Fox or stream on Fox or NFL apps

In this 2020 Olympic Qualifying Round, Megan Rapinoe, Carly Lloyd and the powerhouse US Women’s team compete against Costa Rica’s national team in the last of a 3-game series. The winners will go on to the semi-finals on February 7th and the Championship game will be held on February 9th.

The USWNT will compete to qualify for their 7th Olympic Games.

WHERE TO WATCH: FS1 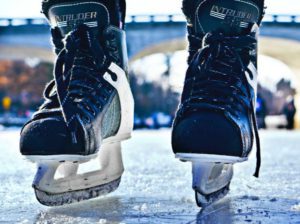 What To Watch This Weekend: NHL All-Star Game