What To Watch This Weekend: NBA All-Stars & The XFL

The NBA is on a break for the All-Star Game. The XFL tries to build momentum in week two. And, the Daytona 500 is live from Florida. Here’s what we’re watching this Valentine’s weekend.

After Saturday night’s skills, dunk and 3-point contests, Team Le Bron and Team Giannis suit up Sunday to play arguably the most fun exhibition game in the NBA.  With so many favorite players playing on the same team, the All-Star game is like the ultimate crossover episode of your favorite TV Show.

WHERE TO WATCH: TNT

In NASCAR’s season opener, Denny Hamlin looks to defend his title in what’s fondly referred to as the “Great American Race.” Joey Logano, Brad Keselowski, Kyle Busch , Kevin Harvick and Chase Elliott  are also in the hunt for a Daytona win.

WHERE TO WATCH: FOX

The talent-packed DC Defenders are the early on favorites while the Los Angeles Wildcats are in need of a turnaround they fired their defensive coordinator after just one game.   The games might not be faster than the NFL, but they are filled with drama.  Football just might be on its way to having a successful spring league. 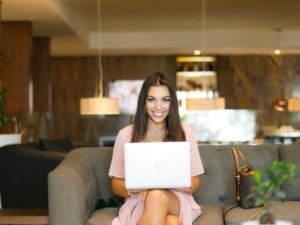 Weekend Sports Calendar For People Who Are Happy To Be Home