Whenever someone tells me they don’t follow sports I respond the same way, “Yes you do. You may not know it, but you do.” Whether you are an athlete, coach, fan, parent or just a person who reads the news, sports is all around you. You are infinitely connected to the world of sports and sports are connected to you. The world of sports represents what Greek tragedies meant to the Greeks.  We see ourselves, and our stories, through the highs and lows of the world of sports.

I never played sports as a kid. I take that back.  When I was in elementary school, my friend Susie played on a rec soccer team and I desperately wanted to join her.  I finally got my parents to agree to put me on the team, but that was halfway through the season.  I got thrown in midway through a game, never having played or practiced before.  Miraculously, I scored a goal.  Sadly, it was for the other team.  That game marked the beginning, and end, of my pursuit of team sports.

My family had Raiders season tickets and my parents were football fans so I became one as well. But as an adult, my connection to sports didn’t really ignite until my son became a sports stat savant and I had to get in the game in order to be able to have a simple conversation with him.  I read everything I could about sports, athletes, league issues and his favorite players.  I became the resident expert in the house. I became a fan of who they players were, and what they stood for, as much as I enjoyed their superhuman athletic abilities that far surpassed my own ability to score a goal for the wrong team.

At the time, I had just had my second child and was desperate to lose my post-baby bulge so I’d get up at 5 am to exercise before any of my humans woke up.  When I’d finish my workout I’d take five minutes to stretch, which doubled as my time to scroll Instagram. This was 2017 and Odell Beckham Jr. was still on the Giants, sidelined by a fractured left ankle.  I had followed him because my son loved to imagine himself catching a football like “Odell.”

Every morning Odell would pop up in my Instagram feed posting from physical therapy or training.  He’d write, “Rise and grind,” or some other quasi-inspirational post that somehow spoke to me.  Here I was, at a very different stage in my life than this dazzling young NFL star, but I could relate.  We were both coming back from something, both grinding through our day, both sure to be back there tomorrow hopefully a little closer to our goal.  I found myself looking forward to his posts everyday, as if he were my social media workout partner keeping me on task.  When I could finally zip up my pre-two babies jeans I literally said aloud, “Thank you Odell.” The influence of the athlete is far and wide.

OBJ may have had no idea he was inspiring a Los Angeles writer to keep grinding, but athletes are keenly aware that they can use their impact to change the narrative, to inspire others and to help our story end at its best. Dwayne Wade, his wife Gabrielle Union and their entire family are doing just that.

Wade, along with wife Gabrielle Union are parents to one-year-old Kaavia James.  But Wade is also dad to two other children, Zion and Zaire. Wade also adopted his nephew in 2011.   Wade and Union made headlines last year when they posted their family’s support of son Zion at Miami’s Pride Parade.

The family made headlines again when Wade appeared on “Ellen” this week to talk about son Zion’s transformation to daughter Zaya.  Wade told Ellen,

“Me and my wife, my wife Gabrielle Union…we are proud parents of a child in the LGBTQ+ community and we’re proud allies as well. We take our roles and responsibility as parents very seriously. Zion, born as a boy, came home and said, ‘Hey, so I want to talk to you guys. I think going forward I am ready to live my truth. I want to be referenced as ‘she’ and ‘her.’ I would love for you guys to call me Zaya,'”

He then went on to say,

Following his appearance Union posted an Instagram video introducing the world to Zaya.

The video has been watched over 3 million times.

But amongst the 33,000 comments of support and encouragement are also a ton of hateful ones ranging from, “What he should is a boy because he was born that way,” to, “Put a ball in that boy’s hands and stop painting his nails.”

Athletes have a long history of being called upon as role models, then rebuked when they do so.  From Bill Russell’s participation in the Civil Rights movement at the height of his career all the way to Fox’s Laura Ingraham telling LeBron James to “Shut up and dribble,” the influence of the athlete is so much more than just dribbling or throwing a ball.

From the unlikely connection a mom finds to a star athlete during 5 am gym workouts, to the child who will find hope and support in an icon of Wade’s status not only showing support for the LGBTQ+ community, but allying himself with it, an athlete’s impact goes far beyond his or her sport. And the athlete who takes on more than just his or her sport does it at potential great cost to his or herself and career.

Dwayne Wade’s support of his child isn’t worthy of an award. It’s what parents should do. But what’s worthy of notice is that he’s not just supporting his own child, he’s supporting everyone’s. And he’s teaching us all to do the same with grace, compassion and understanding.

Wade, like Russell, James and so many athletes willing to be more than just an athlete, represent the world of sports at its very best.  They give us an opportunity to challenge ourselves to be better than our lack of understanding.   And they give those struggling without heroes or role models not just support, but an ally.  There isn’t a person in the world who doesn’t deserve that.

These are my thoughts. What are yours?
Meredith, CEO SportifyIt 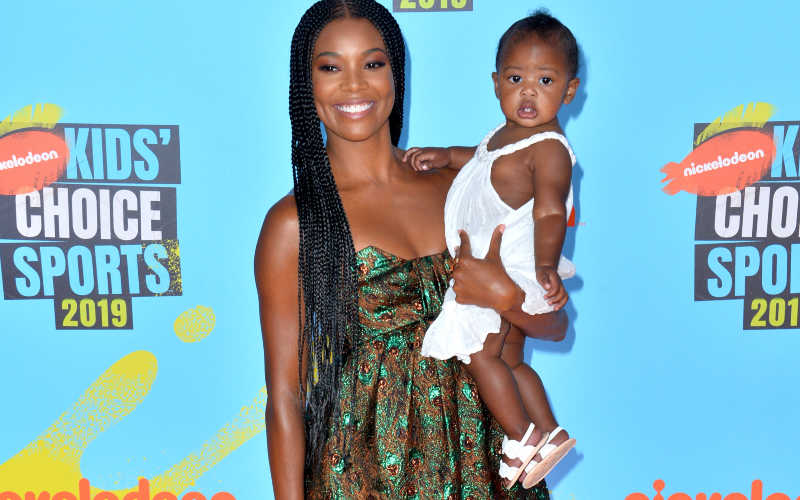