Louisiana native Harmony Hobbs writes about parenting, relationships, addiction and sobriety. She has been featured in The Washington Post, on ABC News with Deborah Roberts and on The Mel Robbins Show.

“Where I live is South Louisiana, people drink for any occasion.  We take football, food, all the fun things, to extreme. I did not grown up watching sports, but I met my now husband in our early 20’s and he’s a die hard LSU football fan.  Because I wasn’t interested in sports, I took it as an opportunity to drink and socialize.

People tailgate in Baton Rouge not just for football, really for any event.  People down here are so much fun even when they’re falling down drunk. They just want to have a good time.  The big thing is a lot of people spend the night out there.  They’ll either camp in an RV or in the back of their truck or a tent. I never camped because I was never at that level of tailgating. You get up in the morning and eat eggs and drink beer. Everybody starts their day on game day with a daiquiri or a blood mary. It’s all day drinking.  So by the time the game rolls around everyone’s completely drunk.  When I was drinking I didn’t care or notice.

I’m a pretty controlled person. I like to have fun, but I never did anything super embarrassing out in public when I was drunk.  But the last time I went and tailgated before I got sober, I ended up on a stripper pole.  Someone had a stripper pole set up at their tailgating spot. It was very elaborate.

I don’t remember it, but I have pictures. There was some guy who had passed out and his friends were stacking empty beer cans on his head. There was a tower of them.  I have a photo of me standing behind him.  I felt like I had to drink like a man to really enjoy football. And even then I didn’t enjoy football at the time.

I had always managed to drink sort of responsibly.  I didn’t get shit faced and get behind the wheel, but in the last year of my drinking it got to where I couldn’t go out.  And when I didn’t go out, I always drank at home.  And I always drank too much.

There were two times where I drank so much and drove that I don’t remember getting home.  That scared me.  When I was home I was drinking so much every night that I blacked out.

I wasn’t really thinking about quitting drinking until I told my friend Audrey asked how stressed out I was.  She asked how I coped with the stress. I told her I drank.  She knew I drank, but didn’t know how much I was drinking. She kept asking questions and I shut the conversation down.  She saw that I was avoiding answering her questions and she called me on it.  Answering her questions about how much I was drinking meant I would have had to address it with myself.

And then it was around Christmas. I had bought my husband a really nice bottle of whiskey, but I drank it myself.  I was so embarrassed that I drank my husband’s Christmas present so I went and bought him another one. I drank that one, too. In the time it took for me to consume two bottles of whiskey he hadn’t reached for it once.

The first event I went to sober was a Saints game and I was really nervous about it. Anytime I have to do something sober that I’ve never done sober, it stresses me out.  But I had so much fun that day. I felt like it was the first time I had ever been inside a sports arena.  I could get into it.  I felt the energy form the crowd.  I could see what the players were doing.  I really had fun, more fun sober than I ever had drinking at games.

The only time I feel uncomfortable is if I don’t have something in my hand.  So I always have a beverage in my hand, water, Diet Coke. Sometimes if I really feel like I’m craving alcohol I’ll get club soda with lime.  And then I feel better. I don’t feel like an outsider if I have something in my hand.   If someone offers me a drink I flat out say, “I’m in recovery.”  It’s like I get it out in the front end and then no one bothers me or pressures later.  I have no problem owning my story. For my own protection, I’m very upfront about being in recovery. Because I don’t know how much I would be pushed before I’d cave. And I don’t want to find that out. People are generally very respectful.

Looking back, I drank to deal with the anxiety of being in a situation of being around people I didn’t know.  Outwardly it probably seemed like I was having a good time, but I was just numb to everything. I’ve found I actually enjoy watching sports now that I’m not drinking. It’s a completely different experience now. But, I don’t judge people who are drunk in public.  My heart goes out to them.  I just think ‘Wow I used to be that person.’  I’m just so glad I’m not anymore.”

Three years sober, Harmony is now a registered soccer mom. She finds she enjoys kids soccer as much as she does LSU football. She continues to speak openly about addiction and sobriety and will be featured on an upcoming episode of The Dr. Oz Show. Follow her @ModernMommyMadness . 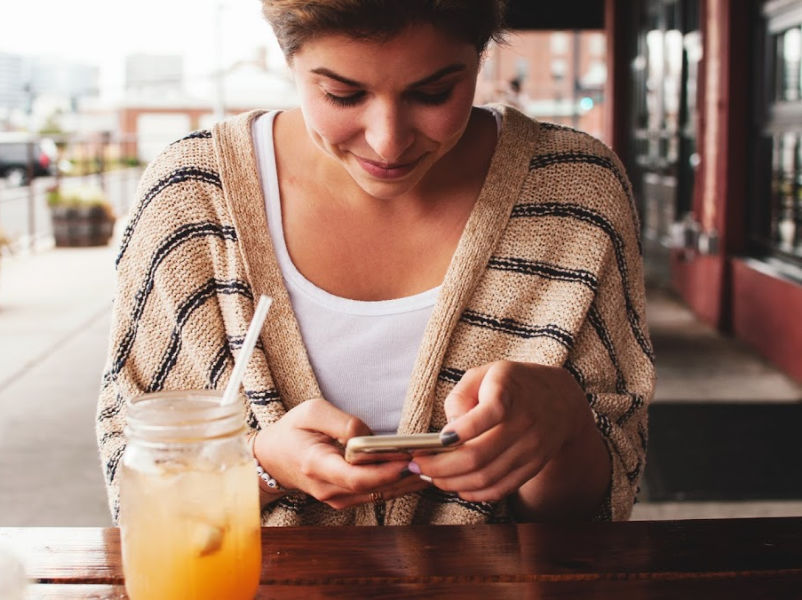