Marysol Castro On Being The First Latina P.A. Announcer In Major League Baseball

“The God’s honest drop dead truth is that getting fired a lot, or choosing to leave certain places of employment pushed me in the direction of being the first female P.A. Announcer for the New York Mets. My path would never have led me to the Mets if I continued with my laser focus, continuing to work in network news, having this tunnel vision to only do that one thing. It took getting let go from CBS News, getting let go from ESPN and taking a long hard look at myself and saying, All right Marysol, what do you want to be when you grow up? And for me it was always to be a communicator, to be a really nosy communicator, which to me is the very definition of journalism.

But it was also important, in being that person, taking on the role of being a Latina. My culture is very important to me. Being a woman is very important to me. And so as I was navigating literally how to pay rent, will there be enough money on my E-Z Pass to get across the bridge, will it be cheaper to take the subway or a cab, literally those perfunctory life altering questions, that led me to being open to opportunities that I wouldn’t have considered before. I’m very fortunate that one of those opportunities was the New York Mets.

It was two years ago where I was at a turning point because I was writing television and writing content and trying to sell it. And I thought, My ideas are so good. Why wouldn’t anyone buy them? I don’t know why no one wants to buy these ideas. I got an email from someone at the New York Mets that they were looking for a new P.A. announcer.  A producer who I had worked with years ago was friends with David Newman from the Mets. And he had said, ‘We are looking for a P.A. Announcer for the Mets, specifically Latina, someone smart who knows about sports.’ And she had said, ‘Call Marysol Castro.’

To me, that was such a turning point because the show she and I were on was so forgettable, but apparently whatever I did made an impression on her that she thought, Oh my gosh. Call her. Call Marysol.  Up until that point in my life, at least for the ten years prior, I vowed never to say no to a meeting so I said, ‘I don’t think I have a particularly good voice. I love baseball more than any other sport. But sure, I’ll play ball.’ And so they said, ‘Okay we’re going to send you copy. Can you record it at home?’ And I said, ‘I don’t have anything set up.’ And they said, ‘Just do it in your iPhone.’ And I literally hid in my closet, told my children to be quiet because I needed to do this audition. Then two days later they asked me to come to the ballpark to do a live audition. When I went into the P.A. booth I said to the person who was auditioning me, ‘Listen I don’t know if I’ll ever get this opportunity again, but do you mind if I run the bases?’ He looked at me like are you serious? I did that audition on a very cloudy May morning. That afternoon I was at my niece’s lacrosse game and Joe DeVito called and said, ‘You got the job.’  I couldn’t believe it.

When someone asks me what it’s like to be the first, the truth is I never set out to be the first anything. I just set out to do what I love, which is to communicate and I also love sports. So for me I was like, Wow, I get to do both of these things. Being Latina, it fills me with so much pride, to be in this position and do this job because I can’t tell you how many strangers will come up to me or reach out to me and say, ‘Oh my gosh, you’re making us so proud.’ Or young girls who tell me, ‘I want to do what you do when I grow up.’ To be able to have those girls look at me like they see a reflection of themselves is exhilarating. It’s an honor. There’s room for all of us.

The players are great. They’re incredibly respectful. In the dugout I like to joke that the players are little brothers I never had, and never wanted. My teammates in the production office are great. I look forward to going to the ballpark every time we have a game.”

Despite her own concerns, Marysol has an excellent voice.  Follow her at @marysolcasrotv 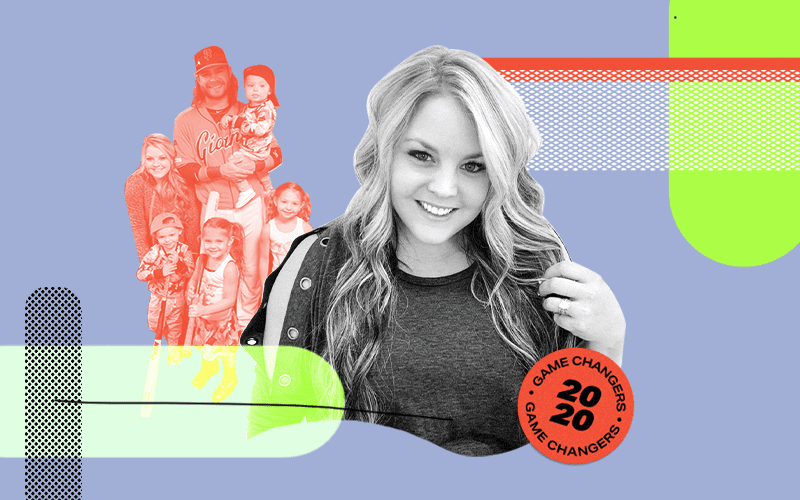